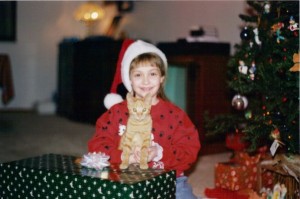 Jamie Fair is a native of the greater Pittsburgh area, and had an interest in the arts for as long as she can remember. Jamie’s parents believe that she caught “the bug” when, at three years old, she was sure that Big Bird was waiving directly to her during a performance of Sesame Street Live! Or, it may have been when the Crocodile crept through the audience, chasing down Captain Hook during a high school matinee of Peter Pan. Jamie thrived on going to see local theatrical productions, singing in school choirs, playing clarinet and piano, and all manner of other artistically inclined activities (such as seeing the popular Disney animated musicals over and over again at the movie theatre.)

From a young age, Jamie believed in the vitality of the city of Pittsburgh and its arts community, and chose to attend Carnegie Mellon University, where she earned a B.F.A. in vocal performance. Upon graduation, Ms. Fair began her career as an actor and singer in the tri-state area, working in a variety of genres. Jamie is known to local audiences from appearances with Pittsburgh Irish and Classical Theater, Stage Right!, The Jewish Theatre of Pittsburgh, Pittsburgh Opera, and Opera Theatre of Pittsburgh. In addition to her theatrical credits, Jamie has also performed in concerts with The Mendelssohn Choir and Pittsburgh Symphony, and has several short films to her credit. Ironically, every time Jamie has had a role on screen, it has been as a teacher or a mom. Ms. Fair is also an active church musician, and is a frequent guest artist in many congregations in the area.

In September of 2011, life imitated art when Jamie founded East End Performing Arts, a music and theatre program located in Regent Square. EEPA seeks to encourage budding artists to explore their talents in a safe and nurturing environment, and to foster confidence in one’s abilities that will transfer to other aspects of the students’ lives.

A believer that one should “practice what they preach,” Jamie continues to train and study; she immersed herself in Chicago’s improvisation scene, studying at The Second City. In Pittsburgh, Jamie has also studied at the Donna Belajac Actors Studio and the Pittsburgh Public Theatre, among others. She devours books, and has developed a knack for cake and pastry decorating.